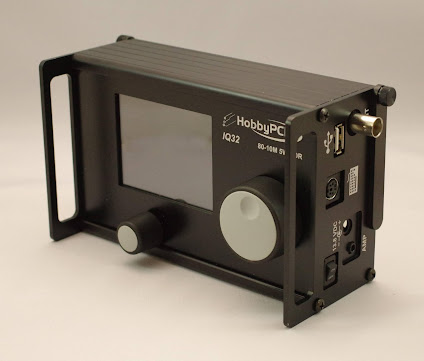 In my previous post, I mention the radios and supporting gear I'm setting up to take into the field this summer. I was intending to take my DSW-20, but decided I'd rather go with another radio with wider capabilities. I didn't mention it in the previous post because I hadn't decided if I was going to use it or not.

I'm speaking of my HobbyPCB IQ32 5w SDR. It supports CW and Phone on 80-10m, with a lovely color touch screen interface, and built-in PSK31 support with a PS/2 keyboard. The firmware can be easily upgraded through a USB port using a thumb drive (must be under 4gb storage, though).

Here are the specs, shamelessly borrowed from the HobbyPCB.com website: 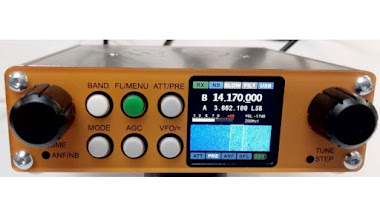 I was looking at the QRPVer Minion SDR as a potential field radio, given its coverage and its small size, but it has serious issues in CW mode, which plagues a lot of small phone/CW radios -- it isn't full break-in, and the transmit tail is long and terribly formed. This can cause you to miss part of a transmission because your radio hasn't fully switched back into RX mode after sending CW. It also doesn't appear to have been updated since 2019, or at least its website hasn't changed. I've tried sending requests for info to QRPVer, but I have found reviews that say the radio's creator is basically a one-man shop and he doesn't keep up with his emails. Given that he requires 40 days to build and ship a radio, the lack of communication pretty much makes it a non-starter for me. I want to ask a few questions before I order one, and if the creator can't be bothered to answer them, I'm not going to buy a radio from him. So I decided that I was going to revisit the IQ32.
I hadn't used it much because it, too, suffered from difficulties with the CW mode TX/RX switching. But unlike the Minion SDR, the IQ32 is still being updated. The firmware had at least 3 significant revision levels since I'd last updated my radio's code, and the changes made were significant. I think the CW is a lot better than it was, and it seems to recover from the transmit mode far more gracefully than before. It certainly doesn't have that telltale THUMP sound that all too many SDR devices have when switching mode. Semi-break-in is okay, so long as the envelope of the transmission is clean, and doesn't cause you to lose characters from a reply. 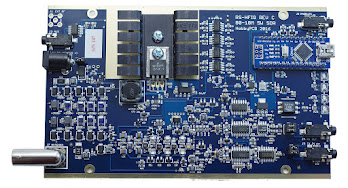 The radio has some significant history for me. I first backed the radio's core components on Kickstarter, when it was just the HobbyPCB RS-HFIQ 5w SDR project. I used it for quite a while when it was released, as an adjunct to my computer/ham radio "shack stack" next to my powered recliner, where I spend most of my time. It was a good radio then, using the typical USB/sound card interface, along with HDSDR and Omni-Rig software. But when they announced an upgrade kit to the RS-HFIQ to turn it into a self-contained SDR rig, I jumped at it. I think I have upgrade kit #0002. My order for it was in less than four hours after it was announced available.
Now that the firmware is fairly mature, the radio is a very viable candidate for a field rig. I had hoped to use a uBitX for this, but my uBitX was an early evolution, and I fried some circuitry when I accidentally tried to tune on 160m, a band it'll let you access, but really isn't designed for...and the antenna was my half-size W3EDP end-fed, which definitely was NOT designed to support that band (though the full-sized model I have up as my main wire is). So, until I can find and bodge-wire the PA 12V+ rail, and possibly replace the IRF510 finals, the uBitX is down for the count.
But the IQ32 will do just fine. Technically, I don't really need to take the QCX along if I use the IQ32, but a) I don't believe in having just one radio, and b) the QCX has built-in CW decoding, so I can double-check my copying of incoming code. 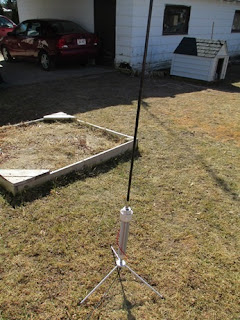 I've checked my wire antenna bag, and the ones I like best are in good shape. That'll be a QRPGuys 40/30/20 end-fed with built-in tuner, my Slinktenna, and my homebrewed 40/30/20 link dipole. I still have to check over the Wolf River Coils "TIA" antenna kit I have in the back of my van, and put the short telescoping whip I bought into the kit, to join the standard-length telescoping whip, and the extra-long 209" telescoping whip I already have.
I keep an MFJ-223 1-60 MHz Color Graphic VNA Analyzer in that field kit, mostly for tuning up the Wolf River Coils antenna, but I also have a NanoVNA that I haven't had a lot of experience using as yet. Most of my antennas are pre-tuned or have built-in tuning, but I have an Emtech Z-2 Z-match and an Elecraft T1 tuner. I just have to FIND the T1...it's buried someplace in my gear around my chair and isn't immediately visible. That's a task for the beginning of this week. My goal for this week is to get my field gear down to the crash case, the antenna bag, and the long repurposed fishing rod case for the vertical -- a load that I can reasonably carry without using a wheeled hand cart. The cart does make it easier, though, and will likely still do it that way, I just want to be ABLE to carry the requisite gear by hand if I must.
I still plan to make a smaller, field-expedient radio bag, holding only a 40m QCX-mini and a VN-2002 20m Japanese rig, made by Haru JL1VNQ. Those two radios together bulk and weigh less than an original QCX, but each has full 5w CW capability. Those, along with a new Magic Cable, a PD power bank, paddles, headphones, and a purpose-built lightweight 40/20 link dipole, will go in their own bag, something small that can be grabbed and carried easily. It'll probably be the "hoist the feedpoint into a tree" type inverted-V antenna, because that gives the best coverage for the lowest weight and bulk.
Now, I just need to make sure I have the sundry other items that make field operating fun as well as possible. Clipboard, log, phone, maybe my old Chromebook, set up with ham radio apps under GalliumOS Linux. I need to check the ancillary gear I always keep in the van, such as small gas stove, fuel canisters, mug, 3-in-1 coffee packets, utensils, and even some freeze-dried food. I usually don't use them, but they're nice to have in case things are going well and I don't want to have to tear things down in order to get hot coffee or food from the Wawa convenience store a mile up the road. If I can get away with boiling some water to make instant coffee, that's a better solution.
An eventual project will be a field station specifically for digital mode operation. It'll consist of the aforementioned Chromebook, with external USB sound card dongle, cables, and my Midnight Design Solutions "Phaser" 40m 5w dedicated digimode transceiver, magic cable, power banks, and antenna. I can make a pre-tuned dipole for that, given that the frequencies are fairly fixed. I won't bring a tuner or analyzer for that setup.
The weather is beginning to cooperate, with sunny days around 60F starting to happen, so I hope to soon start going to the parks in my area to play some radio!