Well, Spring is getting awfully close to springing once more. The Vernal Equinox, aka the First Day of Spring, is on March 20th, Daylight Savings Time jumps forward tonight (March 13), and the weather has been a lot warmer lately. It's beginning to look a lot like operating weather at the parks once more.

This means, it's time for me to get my field kit reassembled for the summer. I've got several radios to build, so if I get bored I can start putting some together. Cycle 25 is starting to ratchet upward notch by notch, and the propagation is starting to be worth something again! As per my usual key-shyness issues, I haven't done a lot of CW operating over the winter, but I have practiced a bit and done a lot of listening. Time to finally beat that key shyness and start using the skills I so laboriously built!

I have chosen two radios for the time being, my 40m QCX and my venerable 20m DSW-20. The latter especially will force me to deeply ingrain the Morse numerals in my head, since it has no display of any sort and will announce the frequency the radio is set to with Morse Code. All of the prompts on the radio are in Morse, including the ones to set Speed, Reversing the paddles, and Tune mode. I need to track down my Elecraft T1 tuner, which is around here...somewhere...but for now, I have an antenna analyzer for my vertical, and a pre-tuned link dipole that'll handle both radios perfectly. That reminds me...I need to take the short telescoping whip for the Wolf River Coils Silver Bullet to the van and put it in the antenna bag with the standard whip and the big whip. 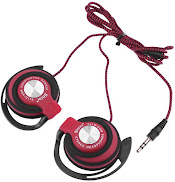 I have two portable speakers to use with my radios, since neither one has a built-in speaker. I also have headphones, the kind where each speaker clips over the earlobe. I prefer those, as actual earbuds hurt like hell for me, no matter how I fiddle with them, and regular over-the-ear "cans" get way too hot when operating outdoors and you can't hear anything outside them. With the clip-on headphones, I can even take one side off, so that ear is unobstructed. I can hear if someone tries to talk to me, such as a curious passer-by, or a park ranger wondering what the heck I'm up to (it has happened before). 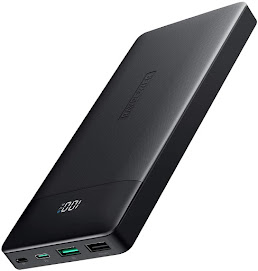 But the main thing I got squared away, to go with the headline of this post, is what I call my "Magic Power Cable" -- my Power Delivery sink and the PD USB-C power banks that go with it. I'd had some difficulty getting radios to work properly with it last year, so I decided to go through everything and find out why. Well, I did, and boy is my face red!

Turns out that one of the big power banks I was carrying doesn't have a 12v output mode. It has 9v and 15v, but no 12v for some reason. The cable was set up to support a range of voltage, from 9v to 15v, but I don't really want to put 15v through any radio intended for a nominal 12v. I also had the current set way too high, at 2.5A. None of my PD banks actually support 2.5A at 12v. I found this out by reading the tiny, hard-to-make-out writing on each power bank, instead of the advertising copy on the page where I bought them. Let this be a lesson: Do not take the sales page's word for it! Look at the legend on the device itself! 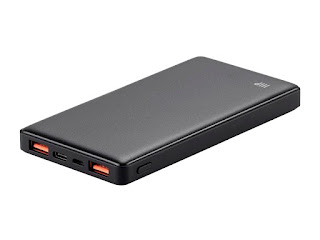 This made me look at the mode settings I had in the PD Buddy Sink in my Magic Cable. I had it set for, as I said before, a voltage range of 9-15v, and a current of 2.5A. I changed this to a strict 12v, but instead of setting current, I set output power to 18W...which determines the current to be 1.5A. All of my PD power banks support this setting. I double-checked with several radios, and it works reliably on each one. The only radio that requires more than 1.5A at 12v would be my KX3, which needs more as it is not a 5W radio. It will do 10W without the amplifier, which requires more current at full power...but 18W out should handle the KX3. The specs call for 1-2A at 12v, and 1.5A is what I have available at 18W out from the power bank. So the new settings will work fine. Sort of moot, given that I really dislike risking the KX3 in the field, but it's nice to know I can use it in the field if I want to on the power banks I have in the case. I also have a 12Ah 12v LiFePO4 battery that I can use for the KX3 if needs be, and the Talentcell 12v power banks that are NOT USB, much less PD, at 12v. I can revert to those if I need to, and I have my larger one in the field crash-case already just in case. 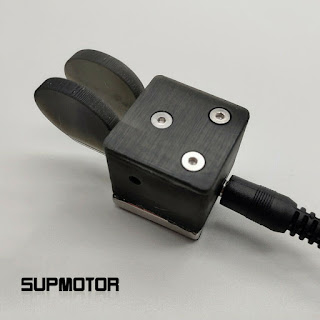 For keys, I have two I've set up for the field. I can set up the NOARC Te-Ne-Ke if I want, and I still might, given that I can mount it on my clipboard with a small nut and bolt to make it very convenient. But this summer, I'm going to try using an inexpensive Supmotor paddle I got on eBay, a cubical thing about an inch on a side with a strong magnetic base and 3d printed fingerpieces and top cover. It's downright tiny, and is very comfortable to use. I'll probably stick a steel plate it came with on the aforementioned clipboard to keep it firmly in place, since both radios have aluminum cases. I may get some additional stick-on steel plates, so I can put one on each radio, but I haven't done that yet.

This summer promises to be a very good operating period. The solar activity level should be very conducive to good DX, and even good local contacts. When it starts looking like 17m is going to pick up, I have a Kits & Parts 5w 17m rig waiting to be built. I also have a QCX-Mini for 40m, and a Japanese VN-2002 5w 20m kit on the bench. If nothing else, I also have another older QCX kit for 30m I haven't built yet, and a 10W 40m SSB rig from CWKits to put together.

I haven't even started to think about digital modes in the field yet. I have my 40m Phaser and its accompanying Chromebook (re-flashed with GalliumOS Linux) for FT8 and JS8 that I can take to the field with no difficulty.

Heck, I even ordered a new package of nanofilter face masks, in case I need them. I usually have a cloth mask in my back pocket just in case, and a member of the Rooster Club sent me a lovely cloth mask with roosters on it I can use. But these are supposedly excellent at filtering out all sorts of stuff and not interfere with breathing, and are touted as very comfortable. We'll see. Nobody should be able to yell at me to get back in my house THIS summer! Seriously, my neighborhood was downright mean about it.

Well, see you on the air!